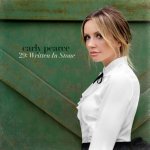 I felt like she deserves a thread of her own right now. With her most recent collection of songs called 29, she's been getting a lot of praise and success in the country genre and is quickly rising to the top. Previously I think her career has been a hit and miss. Her first two singles, Every Little Thing and Hide the Wine were good kickstarters to her career and she found success with both those songs. Her second album onwards, it's been a little patchy, I assume because of the personal struggles behind the scenes she was experiencing. Through all of that though, she did have a lot of success with I Hope You're Happy Now and then has quickly moved to her third record, which is significantly way more country than her previous two. Understandably so because the first two were produced by Busbee (who was more pop leaning) and 29 is produced by Shane MacAnally and Josh Osborne. She specifically opted for a more country sound like her sheroes from the 90s.

Her most recent release from that album is Dear Miss Loretta, which is a heartbreak and tenderness wrapped in one very traditionally country sounding song there is out there right now. Even with the female artists making a lot of pop-leaning music, I genuinely think what female artists overall are producing is way more mature, delicate, diverse and quality music. I can't say the same for male artists.

On top of all of this, Carly Pearce was inducted as the newest member of the Grand Ole Opry yesterday and she deserves it - she has dedicated her entire career to the institution following in the footsteps of her sheroes like Dolly Parton, performing there 80+ times there now. For her, this is a dream come true and I can only see her career going up more from here on out.

I highly recommend giving her 29 ep a listen to anyone that hasn't. It kind of serves as a prequel to the album. The songwriting and production are top notch.
R

Very nice song... Im not a big Carly fan but it is nice to see her get her just rewards. She kind of reminds me of a Patty Lovelace....
A

I loved 29, and always felt it was so good, but too short. I am really excited to see a full length album for this set of songs.
A

Halfway through the album and it's phenomenal! I wish the CMA would have waited to nominate the entire set, instead of the EP.

This also the kind of album I would love Carrie to make, obviously with her Carrie vocals, but sound-wise this is it.

Maybe the ACMs will nominate it. I wonder if it's eligible for the Grammys. The whole album should be a frontrunner in award seasons.

This is my favorite album in a while. I wish Carrie recorded an album with production similar to this.

What He Didn't Do is amazing.

I've watched this clip over and over again. I am genuinely so happy for her, congratulations! I'm happy with this result. Carly has a deep, deep respect for country music and it really shows in the emotion she feels here. She pays respects to her roots and repeatedly shows her commitment to the genre. Would love to see Kelsea Ballerini make a countrier album someday and also win this, I think she has some great sensibilities too that Carrie has made light of too.

Zach1998 said:
This is my favorite album in a while. I wish Carrie recorded an album with production similar to this.

What He Didn't Do is amazing.
Click to expand...

What He Didn't Do is my favorite. Hope it's a single
R

I was so happy watching Carly taking home FVOTY. She is so genuine and was shocked that she got it. She had such an amazing year after having such a tough one last year. I would love for Carrie to bring her out on the next tour.
A