CU4ever said:
Won’t we have a drop sales wise due to no more tour bundles?
Click to expand...

Streaming won’t effect the tour bundle extras that came in. Carrie has always been a huge album sales artist. Gospel album with no touring bundle brought it 68k pure album sales. A full country album I would imagine would be able to pull more than that. If we stay at the same pace streaming of 13k-15k range of the last country albums. I still feel strong on the 125-150k. Cry pretty with touring did 251k in just album. I don’t believe Storyteller did have the CD bundle, and she did 164k in just album sales. So about 75-90k may of been an additional album with the bundle. If she pulls similar numbers to Storyteller, that’s 164k in album. Less people are buying albums, so that’s why I think 125k-150k is a good estimate. 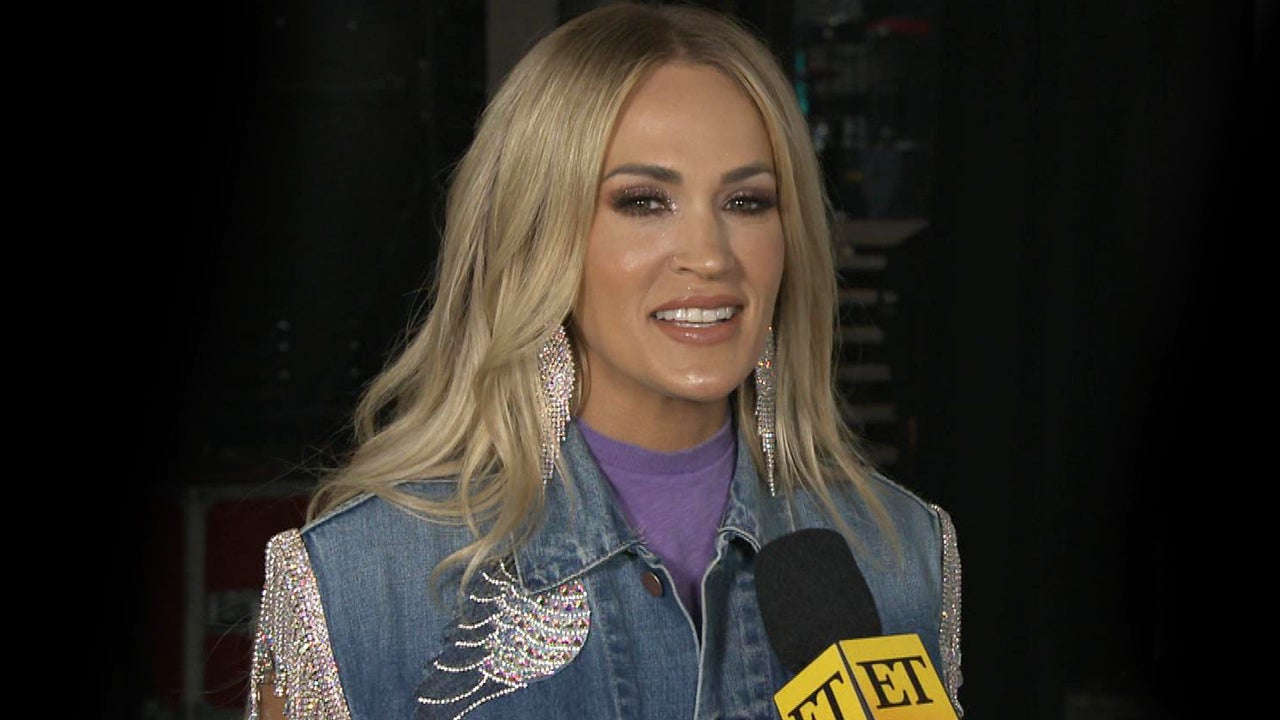 Carrie Underwood Says She's in a 'Fun, Happy Era' of Her Life

The 'Ghost Story' singer is gearing up for the release of her upcoming album, 'Denim & Rhinestones.'

Momin said:
^Where is Donna?

You can still be happy and sing sad songs! It's a hill I'll die on, lol.

Momin said:
^Where is Donna?

praying all the songs aren't all superficial fun songs. If they are it'll be a good thing the album is so short. lol

maddkat said:
praying all the songs aren't all superficial fun songs. If they are it'll be a good thing the album is so short. lol
Click to expand...

I don't mind if they are all "fun" songs - I just wish she described and set up the album a little better haha! I think the best description so far was in the album trailer where she said, "this album is a representation of me and my influences and this time I didn't get in their way". I wish she would elaborate on that further. Which artists, which sounds, which decades. How does that compare to her previous albums. Stuff like that. She just stops at saying "we have fun". Haha!

I can’t believe we‘re less than a month away from Carrie’s new album. It’s so exciting to have new music on the horizon. The songs she’s released so far have been good. I liked them all. She keeps saying this album is fun and light. I’m excited to hear the rest of the new material on June 10. I hope she announces the tour shortly.

Does anyone think any surprises on the album, like a feature/duet or background vocals from another artist like Heartbeat with Sam Hunt?

I think there will be people in the background or doing some instruments, like the McCrary Sisters were on CCA and Brad Paisley was on CGAS. She always does.

Michael Reid said:
Does anyone think any surprises on the album, like a feature/duet or background vocals from another artist like Heartbeat with Sam Hunt?
Click to expand...

That was an awful surprise. Dude ruined her Grammy performance with his off key vocals. But, no, I think the person would be listed if it were anything substantial

I feel like there is some sort of surprise still waiting to be revealed...

PRGuy79 said:
I feel like there is some sort of surprise still waiting to be revealed...
Click to expand...

Why? just wondering what makes you say that?

Hil said:
Why? just wondering what makes you say that?
Click to expand...

Nothing really. I just know how Carrie likes surprises and we have a month left before the release, so it makes me wonder if a fun detail might have been withheld to boost promotion right before the drop date.

I guess she’s channeling Dolly Parton with the outfits.

Is Carrie performing tonight on Idol?

Next week on the finale
A

Next week. Noah will probably steamroll everyone in votes much like Carrie and Scotty did during their seasons. I like Leah as she's the best vocalist left and has the most artistry, but I think the best she can do is come second to Noah. It would be nothing short of a miracle for her to beat Noah.

I'm excited to see Carrie perform next week on Idol. I'm been waiting for a new studio album that wasn't a special project like My Gift or My Savior.

Hoping Crazy Angels is a front runner for the next single. It’s connecting really good for a song that isn’t a single. It’s only a couple of positions below Ghost Story on the iTunes country chart, and already has over 500k YouTube streams, compared to Denim’s 345k, despite Crazy Angles not being out as long as the former.