Notes:
- Ashley McBryde finally got a Top 10 song so woohoo!
- Reba is still outdoing herself with another Top 2 song!
- Kelsea's song seems to be doing well generally and that's something she's made note of in a YouTube Q/A.
- Taylor scores her first solo Top 40 hit in 7 years.
- Lauren Alaina's GG has been struggling but hoping it goes up a little, although she has 2 songs in the Top 40 so that's something.
Click to expand...

Miranda Lambert and Elle King are cooking up some new music together, revealing an upcoming collaboration called "Drunk (And I Don't Wanna Go Home)" on social media this week. After teasing the project on Monday, the two artists officially confirmed the song on Tuesday, sharing the cover art for the upcoming track, which will be released on Friday, Feb. 26.

"There’s always time for jumpin’ off the deep end," King captioned the image, while she and Lambert both encouraged fans to pre-save and pre-add the song on their streaming service of choice, which can be done here. On Monday, King posted a photo of the two from what could be the song's music video, sharing a shot of herself with light pink hair and wearing a powder blue jacket leaning against Lambert, whose blonde hair was curled atop a pale green jacket. "The whiskey goes down better when they don’t know who you are...," her caption read.

Another photo, which was shared on Lambert's Twitter page, continues the '80s theme with King in a puffy-sleeved wedding dress and holding a cigarette and a beer can, leaning against a car with balloons tied to it next to Lambert, who seemed to be her bridesmaid and was wearing a shiny pink lamé gown and rhinestone earrings with her hair teased. Lambert captioned the post simply with the eyes emoji and the hashtag #DRUNK.

King previously opened for Lambert on the Texan's Roadside Bars and Pink Guitars Tour in late 2019, and the two won the 2020 ACM Award for Music Event of the Year along with tourmates Maren Morris, Ashley McBryde, Caylee Hammack and Tenille Townes for their cover of Elvin Bishop's "Fooled Around and Fell in Love."

Lambert's last solo release was her 2019 album Wildcard, and she recently joined her good friend Luke Dick on "Polyester," which was released in December. King released her debut album, Love Stuff, in 2015, and her second, Shake the Spirit, in 2018. In July 2020, she released an EP titled In Isolation. King also previously collaborated with Dierks Bentley on Bentley's "Different for Girls."
Click to expand... 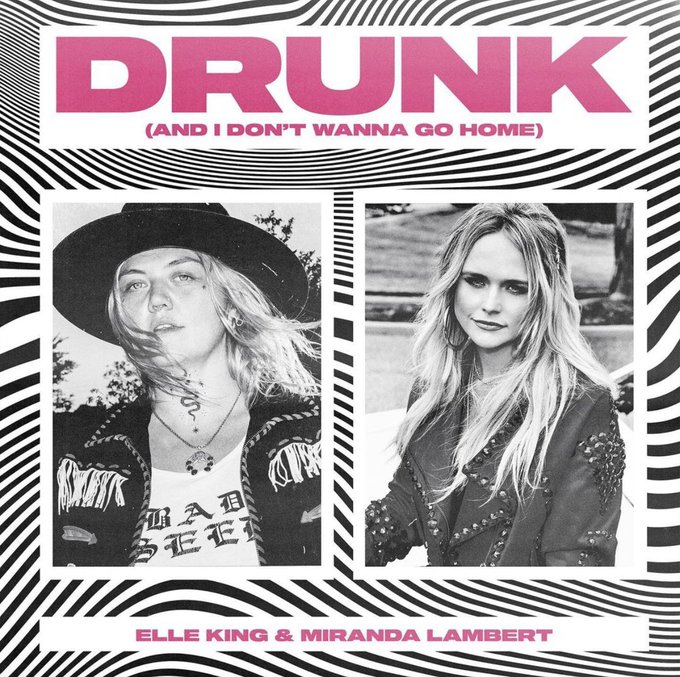 Hey guys! Sorry I have not updated this thread in many months. Got caught up with a busy schedule and was also got a little demotivated haha. But I'm going to try to update the chart positions here every Monday now. I am quoting the last post I made because some of those songs are still on the chart.

She is just so talented. Music and voice is so amazing.

Momin said:
Hey guys! Sorry I have not updated this thread in many months. Got caught up with a busy schedule and was also got a little demotivated haha. But I'm going to try to update the chart positions here every Monday now. I am quoting the last post I made because some of those songs are still on the chart.

She is just so talented. Music and voice is so amazing.

Thank you for these! I really love her sound. I think recently Grady Smith recommended her music too on his channel. The underbelly of country music is often better than the mainstream.

She was on American Idol Season 17. She just released her first album. I really like it, think it has a fresh, clean sound that's very in line with some of the music on radio too these days. I think she has great potential to find success. Hope it helps her take her career to new heights. She's promising.

Momin said:
Thank you for these! I really love her sound. I think recently Grady Smith recommended her music too on his channel. The underbelly of country music is often better than the mainstream.
Click to expand...

I agree. Their is so much amazing music that's not mainstream.

Thanks to Spotify, I came across this song a few days ago and have been listening to it since. And then I read up on her life too - sadly her life was quite turbulent and received significant media attention. Alcoholism, drug abuse and multiple suicide attempts (she eventually took her life in 2013). The father of her second child had also committed suicide a month earlier than her. Her last album called "I'm Still Here" sounds like a bittersweet title considering everything that had taken place in the year leading up to it, and her declaring that she was still here. But her radio success was short-lived, also because the media and radio were very unforgiving at the time especially towards women (look what happened to LeAnn Rimes). I'm going to explore Mindy McCready's work more, and also hope that she is given a little more recognition by the country music community.
R

I actually loved Mindy McCready's voice and have her music..... Such a sad life she endured.....

Sarah Jarosz has been one of my favorites for while. She is such talented artist.

I'm so sorry about not updating this earlier this week BUT look who's on #1!!!

#1 Lainey Wilson - "Things a Man Oughta Know"
#8 Carrie Underwood (with Jason Aldean) - "If I Didn't Love You"
#10 Maren Morris (with Ryan Hurd) - "Chasing After You"
#19 Priscilla Block - "Just About Over You"
#20 Mackenzie Porter (with Dustin Lynch) - "Thinking 'Bout You"
#23 Callista Clark - "It's 'Cause I am"
#25 Kelsea Ballerini - "Half of My Hometown feat. Kenny Chesney"
#32 Elle King & Miranda Lambert - "Drunk (And I Don't Wanna Go Home)"
#35 Lauren Alaina - "Getting Over Him feat. Jon Pardi"
#37 Caitlyn Smith - "I Can't feat. Old Dominion"
#45 Tenille Arts - "Back Then, RIght Now"
*NEW* #50 Caroline Jones - "Come In (But Don't Make Yourself Comfortable)"
You must log in or register to reply here.
Share:
Facebook Twitter Reddit Pinterest Tumblr WhatsApp Email Share Link
Menu
Log in
Register
Install the app
Top